I’ve been in Michigan this week, spending time with my mom. It’s always wonderful to be with her — she is not in the best of health, to say the least, but she remains one of the easiest-going, least-complaining, most grateful souls on earth. If you know and love my mom, I would so appreciate your prayers for her. She asked my boys to pray specifically that she’d just feel well enough to do a little cooking and things around the house. See, even her prayer requests are humble and sweet.

She actually just downsized and in her new place she has the Game Show Network, and for the first time, a DVR. My boys and mom have rewound many a silly game show moment this week.  I love just listening to the four of them laughing together.

I had a great laugh this week too, and it wasn’t game show-related.  The boys and I were just arriving back to my mom’s condo and the cable guy, there to relocate her modem, happened to arrive at the same time. My mom and I went back to the bedroom with him to talk through the best placement. Then Sam came in too, almost pale with alarm. 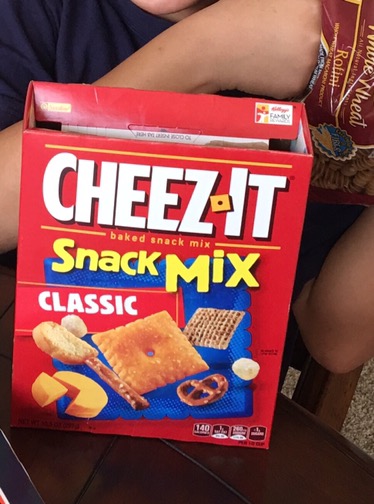 I tried to brush him off, and return my attention to the cable guy. But Sam was not deterred.  “Mom!” Sam persisted. “I opened the mix and it WASN’T mix!”

It’s important to know that Snack Mix, or “mix” as Sam has long called it, is Sam’s favorite food on earth. Cake? Ice cream? Pizza? Reese’s?  Nope. Not even close. According to Sam the tastiest thing in the universe is Cheez-It Snack Mix. And he’s eaten it in mind boggling quantities since the age of two.

Imagine his despair when he tore open the box, mouth already watering, only to find a bag of pasta instead of his beloved mix! 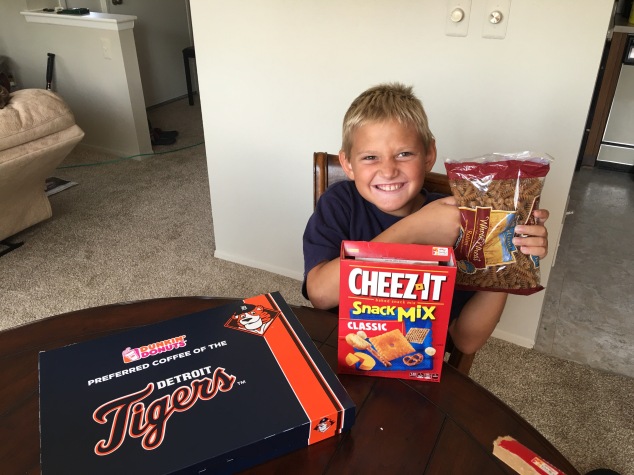 I had purchased the box the day before at the Plymouth Kmart, which I am pretty sure I had not entered in over thirty years but smells exactly as it did in the late 70’s. And Sam swears it was sealed as it usually is. I have no idea how it happened, but it sure gave me a good laugh to receive “the weirdest news ever.”

A faultless man volunteered to pay the price for all your wrongdoing. You’ve been pardoned, ransomed even. Your account — and believe me you have one. whether you acknowledge it or not — has been settled. You face no judgement, it’s paid in full, assuming you accept the offer.  And who wouldn’t?  It’d be crazy not to. It may be a little weird, but it’s also the best news ever, ever, ever!

Praying tonight that I’ll be faithful in sharing the best news ever and that you live by it!

One thought on “Jackson Five Friday: The Weirdest News Ever”