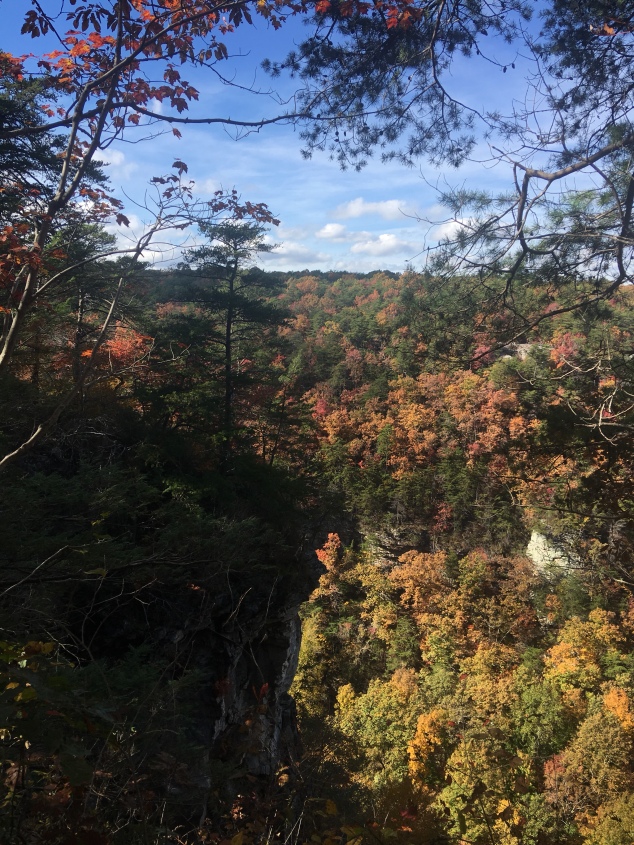 Have you seen that Snickers commercial where the guy, Don, is zoning out at his fantasy football draft?

He stares blankly, longingly, and says, “No job.  No family.  Just walk away.  That’s my number one fantasy.”

Then his friend reminds him, “Number one fantasy draft, Don.”  It’s kind of terrible and kind of hilarious, and I have no idea if it sells Snickers.  Anyway, I shared a variation of it with Will today.

I told him, “It’s cold.  It’s rainy.  Just nap away.  That’s my number one fantasy.”  Seriously, the picture above is from last Saturday.  So perfect!  But it has turned foggy, wet and cold and honestly I feel like I could nap for a week.  Are humans really not supposed to hibernate? Not ever?

I don’t think it’s just the weather either — it’s the world.  Sometimes the beat down of everything going on in the world is overwhelming.  I don’t think we were designed to carry so many burdens.  I don’t think we can do it.  Sometimes we need to turn off social media and the news and focus on the people we live in community with.  That means praying for the people in my life instead of napping, it means doing something tangible for someone instead of flooding my mind with the worries of the world.  We can pray and we can give, and we should.  But we need to know that, for most of us, meaning comes from investing in the little world we physically touch.

C.S Lewis wrote of this struggle in a personal letter, saying, “We are not kings, we are not senators.  Let us beware lest, while we torture ourselves in vain about the fate of Europe, we neglect either Verona or Oxford.”

Do you tend to torture yourself about the fate of the US?  Or even the world?  Does it make you want to crawl in bed for a week, whether it’s rainy and cold or not?  Is it all in vain, while you neglect where God has placed you to live?

Surely it’s an effective tactic of Satan to discourage us about the state of greater society, when we have true power to change the neighborhood we live in.

Thankfully, I fought off the urge to nap and happened on that quote from Lewis.  And what’s even more awesome is that God has a plan.  He is on the throne.  He is a God of justice and love.

So this weekend, go out and reflect the Light of Jesus in your corner of the world.  You are there, in that very corner, for this reason.

You are the light of the world. A city set on a hill cannot be hidden.  Nor do people light a lamp and put it under a basket, but on a stand, and it gives light to all in the house.  In the same way, let your light shine before others, so that they may see your good works and give glory to your Father who is in heaven.  Matthew 5:14-16 ESV

One thought on “Jackson Five Friday: “That’s My Number One Fantasy””