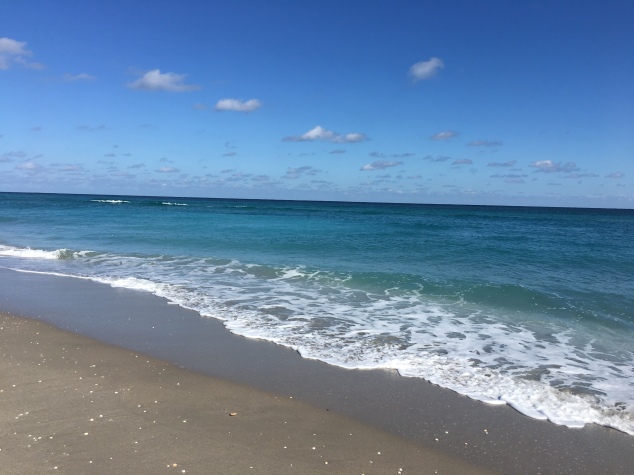 Hope you’ve had a wonderful week. This is our first week back to real life in 2019, and with four basketball games and a swim meet, it’s quite a running start.

It wasn’t long ago that I was driving four teenage boys to Florida. Since it’s all of a ten-hour drive I did let my seventeen-year-old do a few shifts. But with precious cargo, two of whom aren’t even mine, it’s stressful. I had to tell him to slow down about five hundred times. And “Woah, give this guy more space!” also seemed to be on endless loop. At one point I was trying to have a deep phone conversation. The person was telling me about some serious things going on. They were even getting choked up. I think one of my strengths is being a good, attentive listener but this is a feat with a teenager at the wheel. At one point we were flying by semi-truck after semi-truck and seemingly inching closer to them all the time.

“Aww,” I said to my phone pal, while I frantically gestured to my son to stinking hug the left line on the road, instead of the precarious right. This we repeated about ten times. Then, by God’s grace, we needed gas or something and his shift ended.

Later in the trip, he took another shift and this time there was less traffic, so we mostly stayed in the right lane. Still, I felt like we were veering right, like we were going to go barreling into the grass at any moment.

“Dude, quit veering to the right!” I said. “What is your issue with drifting right?”

At this point a little audio snippet replayed in my mind. Not long ago, my husband said, nonchalantly, as if only passing, “I think my alignment is off.”

Yep, we were in his car. Yep, a seventeen year old hasn’t driven misaligned cars yet enough to know how to automatically compensate. The trip was much smoother when I explained that straight was probably a few degrees to the left.

Alignment really is rather important, isn’t it? Cars are one thing, but real life alignment is truly vital. What’s your plumb line? Is it your gut? Is it public opinion? Is it whatever your friends or spouse say? I hope not. I hope you align yourself with the enteral truth of God’s Word. I hope you feed yourself Scripture so much that you can automatically play some of it in your mind, that situations instantly bring certain applicable passages to mind.

Praying today that 2019 is a year where I commit more Scripture to memory. After all, this side of eternity none of us will ever graduate from needing to align ourselves to God’s Word.

One thought on “Jackson Five Friday: Alignment is Vital”